Hallet Cove: One Million Years is a public installation work commissioned by the City of Marion, South Australia and supported by the Arts SA Public Design and Art Major Commission funding, at the Cove Civic Centre in Hallett Cove.

The remarkable geology of Hallett Cove is the result of the actions of wind, water, sedimentation and tectonic movement over a very long time span. Hallett Cove - One Million Years is an audiovisual artwork showing nature as a dynamic process in a perpetual state of change, on a timescale far exceeding human experience – a time scale that exceeds the history of the human race.

Hallett Cove - One Million Years consists of video images shot at Hallett Cove using a high speed camera, and sounds that were also recorded at the Cove. The video is screened at a very low frame rate, so that the movement of water appears to be very slow, in some cases so slow that it is difficult to detect any movement at all if viewed for a short period, but with large-scale changes noticeable when viewed repeatedly over longer time spans. Colour filters have also been applied to the video. While often appearing to be almost motionless, there will be times when rapid change will be evident. The video is not a static object or image - showing natural forms as idealized objects as a sculpture or a painting might do - but a process, one that is continually changing, albeit extremely slowly.

Video images are presented on video screens and as a projection inside the Hallett Cove Civic Centre. The sound component can be heard through speakers in the ceiling when standing in specific locations in the building, and also externally through ‘speaker rocks’.

Changes in the video image are linked to the lunar calendar, which itself is correlated with the rhythm of the tides. Sounds – mainly those of waves, and water movement over rocks – have been filtered to extract subtle but audible notes. These notes are tuned according to an ancient Chinese tuning system – the 60 lu – that were closely linked to the rhythms of nature. In the Chinese view, nature and human life were intimately linked, and human activities such as music had to reflect and conform to the patterns of the natural world.

The artwork presents an ecological viewpoint, reflecting the processes and timescales of change in the natural world – a world that is in a sense oblivious to human concerns, but which, increasingly, we have an impact upon. If we consider ourselves as guardians of the natural world, then we need much longer term thinking on a scale that relate to the timescales of nature itself.

You can visit the work at the Cove Civic Centre: 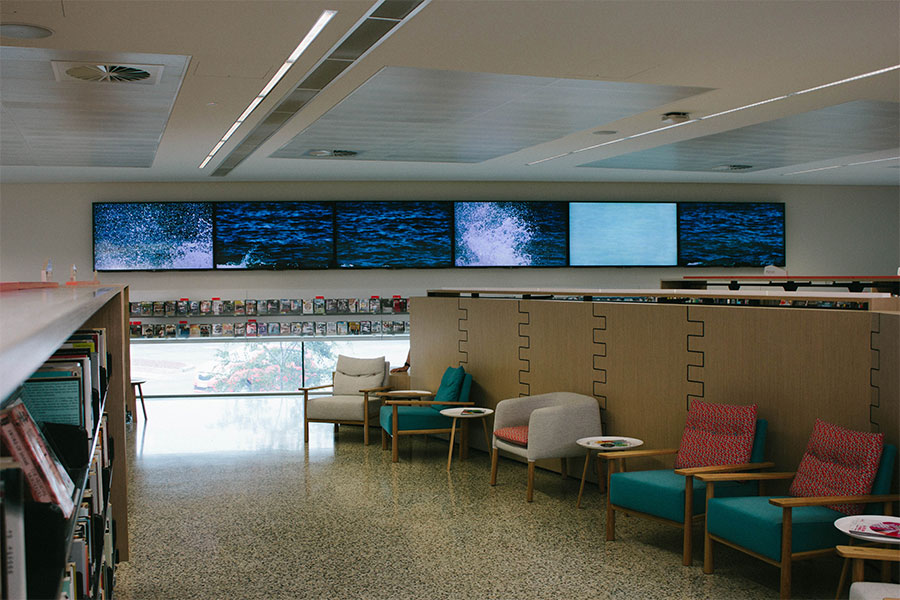 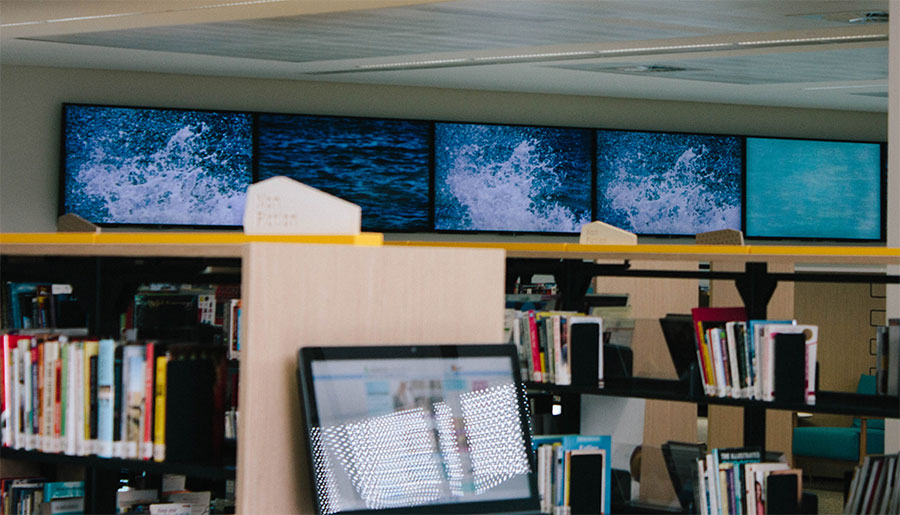 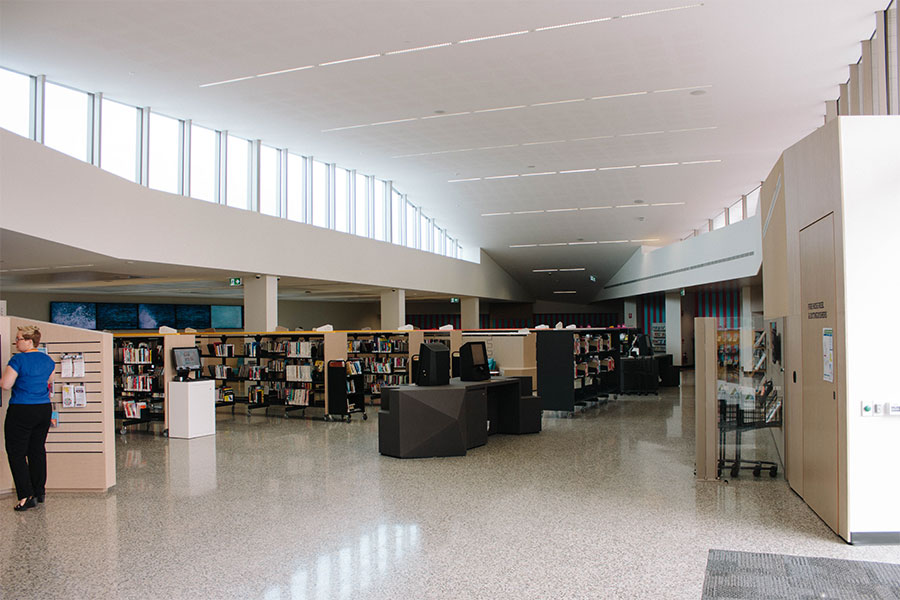 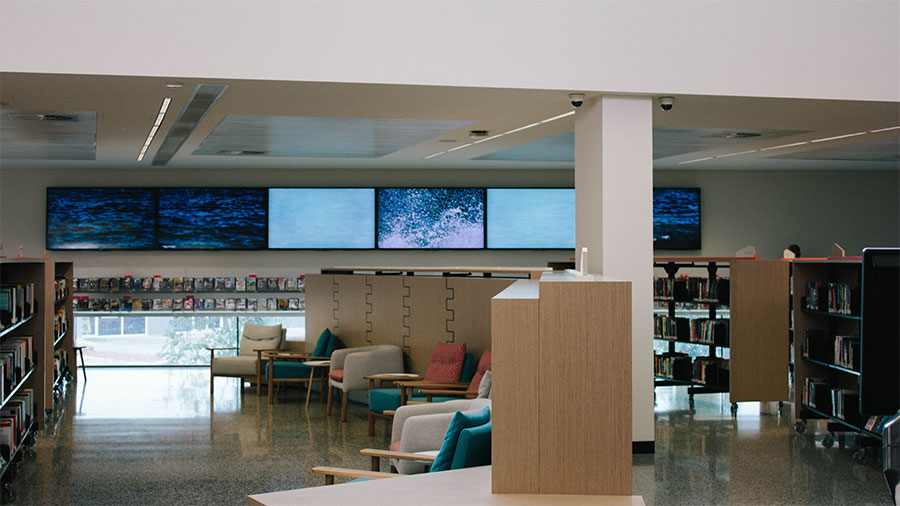 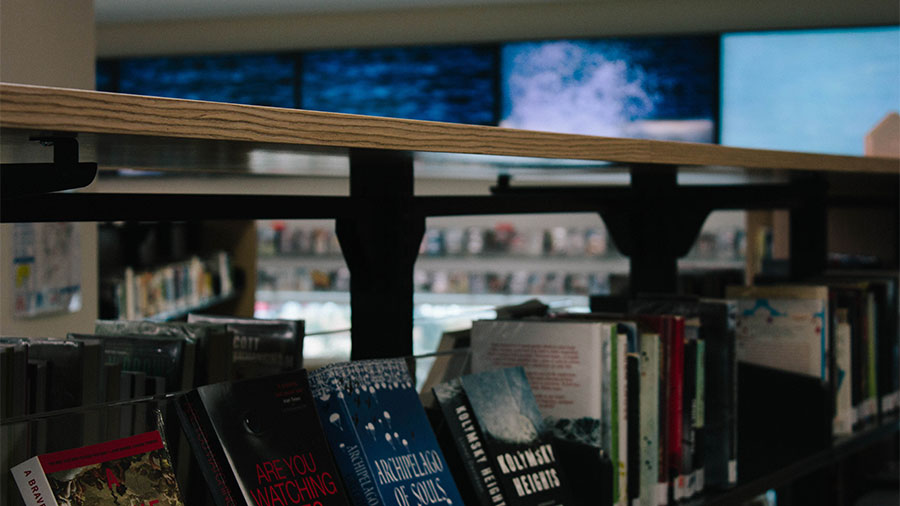 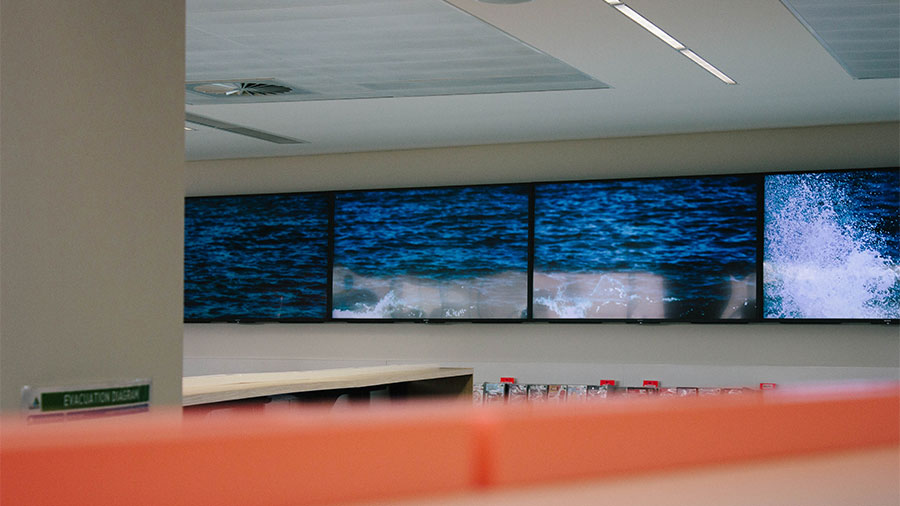